Finished my 3rd Warrior Dash - this one in my own backyard - Panama City, Florida.  The Warrior Dash was brought to Panama City by a partnership between two local tourist development boards.  It was originally planned to be an all-day event, but the organizers cancelled all of the  afternoon waves, presumably for poor demand.

It wasn't too crowded at the race, but the weather wasn't great either. Lower than expected demand could also be because of slowing interest in obstacle type races. the Wall Street journal reported slowing demand for all obstacle type races and the Warrior Dash in particular:

Warrior Dash participants declined from 600,000 in 2012 to 350,000 in 2014, according to a public relations firm working last year on behalf of Red Frog Events, the Chicago-based operator of Warrior Dash. 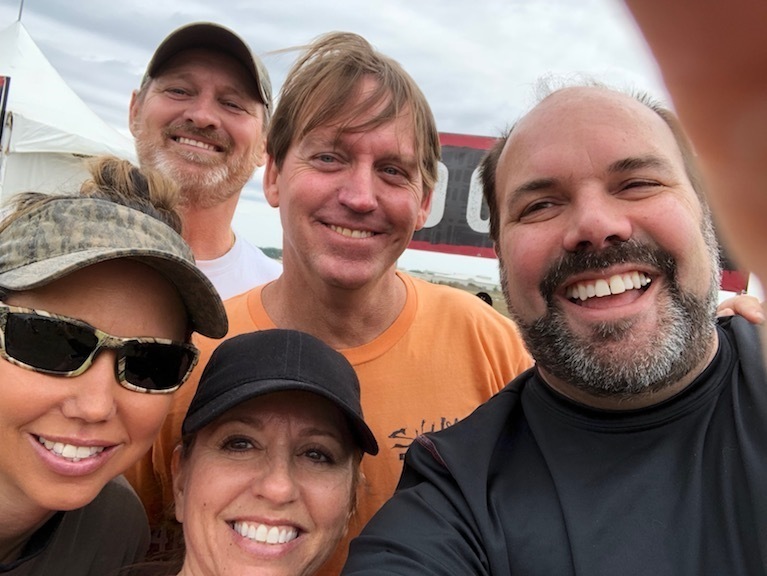 I can tell you from my personal experience of running Warrior Dash races in 2012 and 2013, that this was a whole different atmosphere. Fewer people, less going on. Maybe these races are running their course?

That said, it was fun.  We had a small group of friends (mostly older - 40s and 50s) that ran it. It wasn't overly challenging - more similar to my first Warrior Dash in 2012.  The 2013 event I ran was harder. It almost seems like they were making it tougher to compete with the Spartan Races and Tough Mudders of the world. That must have been a losing battle, because this race was back to basics. Challenging, but something that anyone could do with just a little prep.

It was muddy, for sure. But the mud wasn't as bad as I have seen in previous races. There were a couple of interesting and challenging obstacles.  The pallet walk was hard, especially if you were shorter and had a hard time reaching the supporting cords. The walls were easier than I have seen before, but they still gave a few some problems. The slide at the end was surprisingly fast - I almost burned my hands from friction trying to slow down a bit. I finally just let go and let to take me where it would. 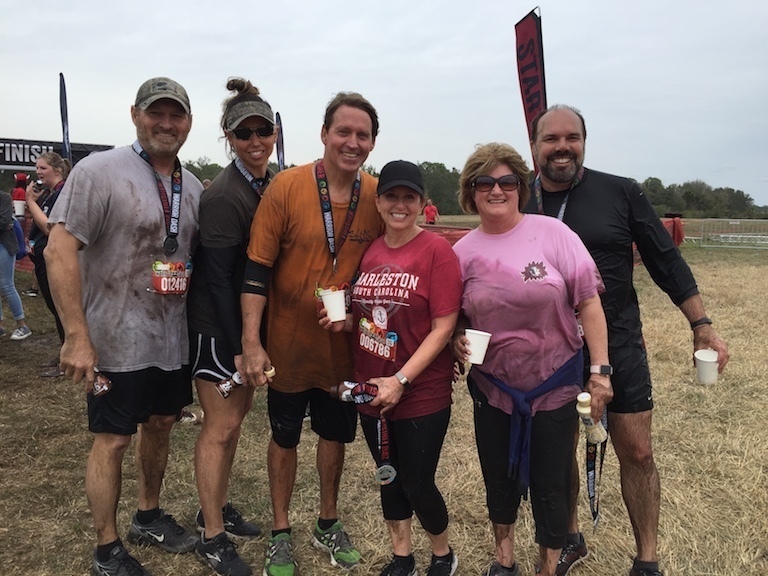 No turkey legs at the end, but they still did have fuzzy horned hats. Food was acceptable. Entertainment not bad. But mostly these races are about friends and family. Accepting and completing a challenge with them. And as long as that dynamic continues. I expect that these races will continue to survive. 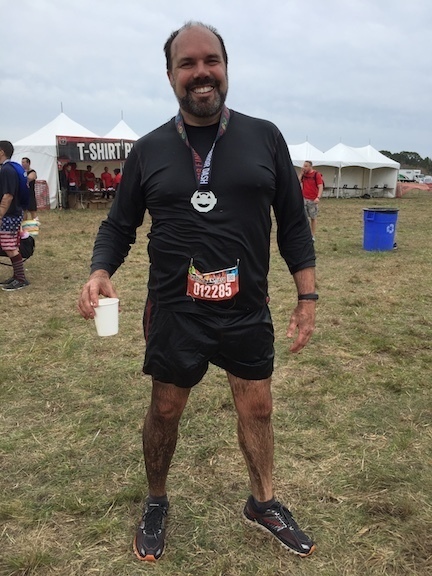 Would I do it again?  Sure.  Not certain when, but I would.  It was a fun way to spend a Saturday, get out of the house, and enjoy the weather. So if you have an opportunity - especially if a race is close to you - I highly recommend running one. Fun, Family and Friends are always a winning combination. 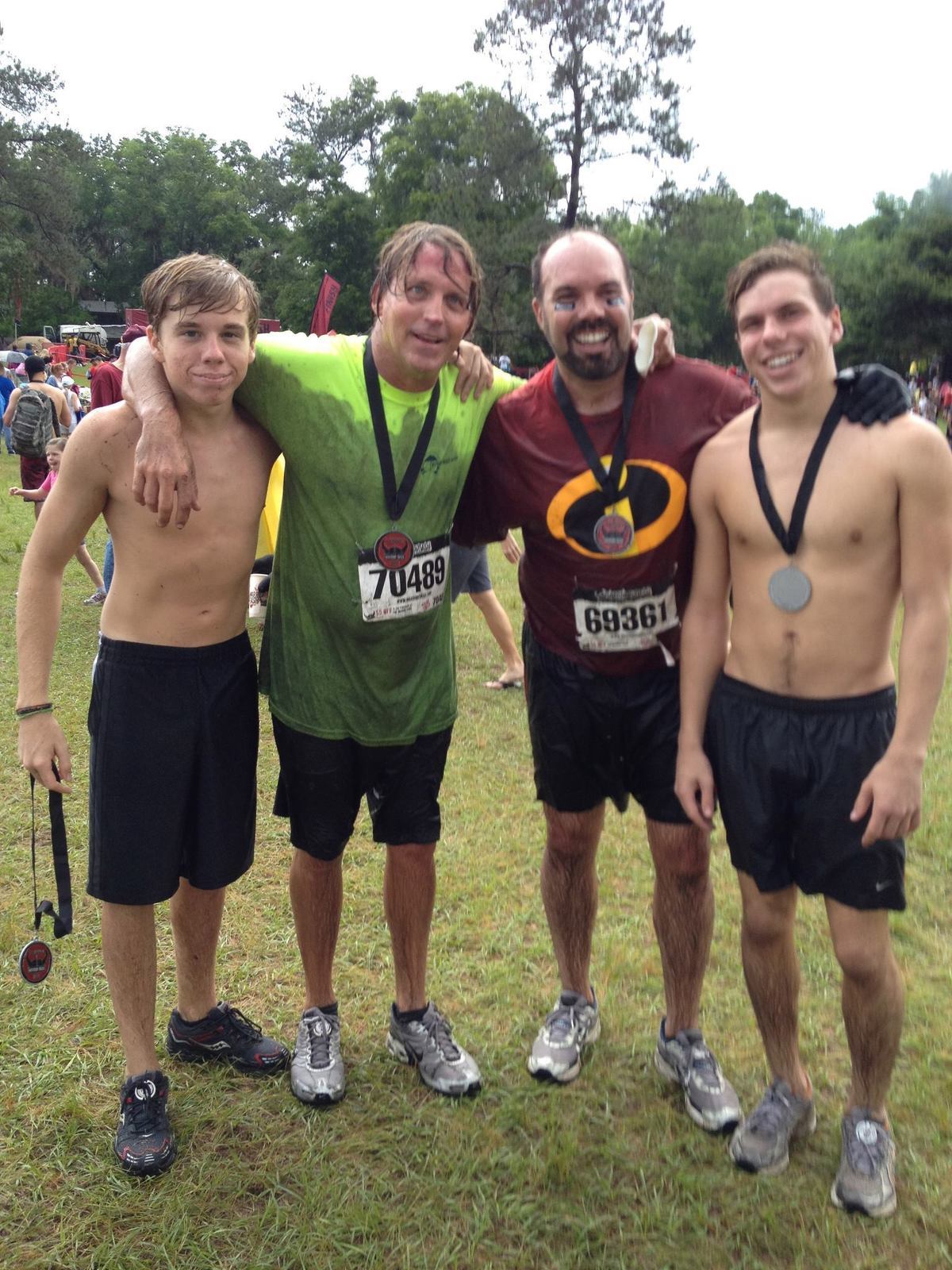 In the also category of things you don't see in Florida - temps in the 20's.  Here in North Florida, it gets below freezing maybe a couple of times a yea, but never lasts more than a few days - tops.  And rarely gets below 28 or so.

Woke up this am to this:

Here is something you don't see in Florida too often . . .snow.

Woke up this morning and saw this in my backyard at around 5:45.  It didn't last and never stuck anywhere.  But it was snow.  Only the second time I have seen snow in my 20+ years of living in Florida.