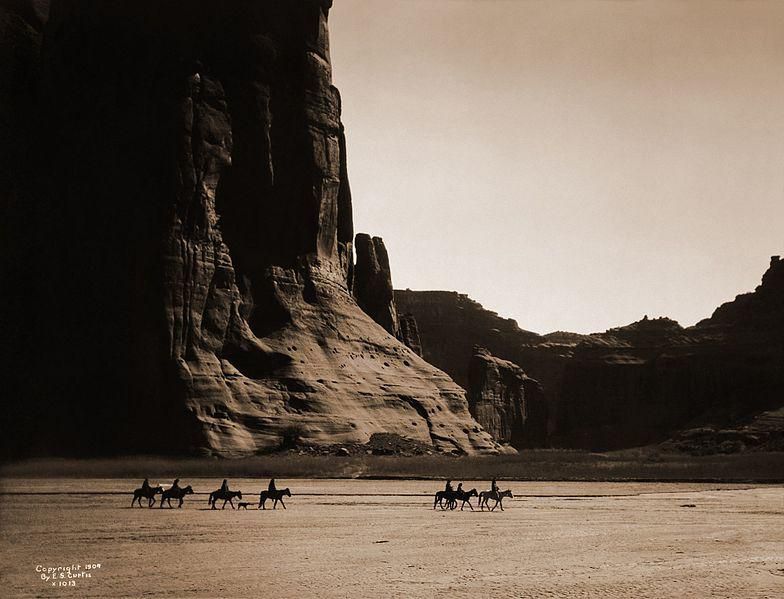 Edward Curtis was on a mission.

From the late nineteenth to the early twentieth century, Curtis' mission was to photograph the American Indian in the West before their way of life disappeared.  His 30-year effort resulted in some of the most haunting and beautiful photographs of the American West and its people that anyone had ever seen. If you ever get a chance to see a Curtis exhibit, do so. He lived an interesting life - born in poverty, becoming rich and famous, then dining in obscurity. You can read about it here -. His story is interesting, but his photographs are the real stars of his tale.

You can read more about Edward Curtis below:

Curtis is really a unique story and photographer.  He gave up everything to pursue his dream. His images are hauntingly beautiful  and hypnotically human at the same time. Take some time to go through his massive collection. Curtis doesn't disappoint.