Death sucks. Life is much better.

I am surrounded by death. I suppose that we all are.

I am heading to my third funeral of a close family member in three years. My Uncle Ray died last week. I had not seen him in quite some time, but he was only 10 years older than me. We spent a lot of time together when I was younger. I was the little kid always hanging around him that he couldn't get rid of. He was the epitome of cool in the 70's - surfer, long hair, athletic, and drove a beat up beach car. After a couple of rough starts, he settled down in Tennessee, married a wonderful women, and raised a caring family. Then he contracted cancer. And now, I am on my way to Memphis for his funeral, taken too early at the young age of 63. 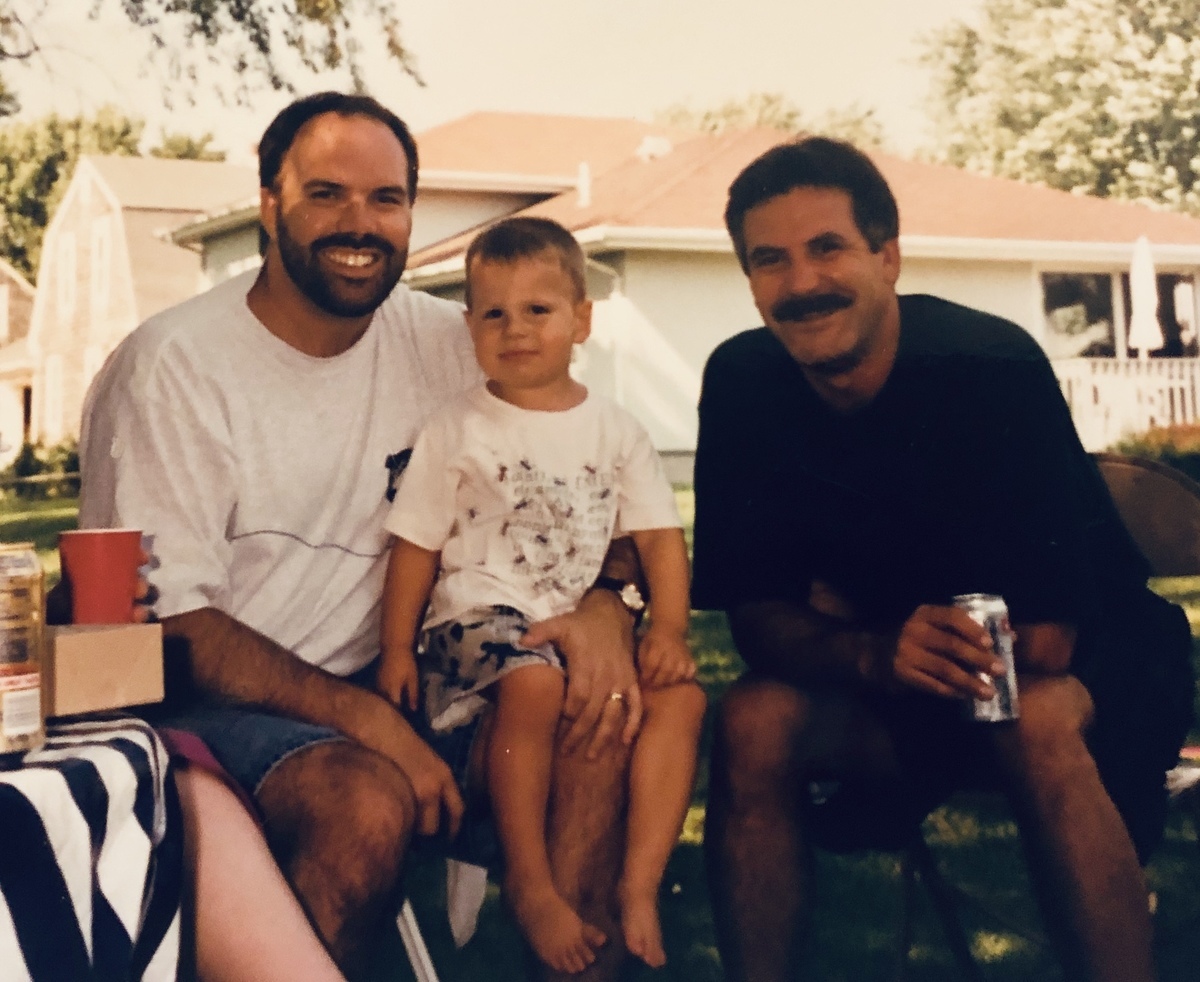 In June, my grandmother died. She was the most elegant lady I ever met, right up to the end. At 94, she lived a long and successful life, but I know she wanted to live longer.

And of course I lost my son 3 years ago. He was 21. Nothing more need be said about that. It's all here. No one should have to deliver their son's eulogy.

The one thing I have learned through all of this is how little control we have. We all have worked out how life should go, but it rarely goes the way we want it to. Unexpected things happen. Sometimes good ... sometimes not. All we can do is enjoy the good times so we are prepared for the worse.

Don't be afraid to live your life, because death awaits us all. Often, when we least expect it.

Things often don't turn out like you think they will, or think they should. Don't get to the end of your life wishing that it had turned out different. Make it different now.

I have learned how to create and maintain my own website(s). I have had several over the years that run the gamut from personal blogs to business sites. They are all hard to maintain - well, I wouldn't say too hard - more like time-consuming. And I don't have a lot of free time.

So, I am moving my personal blog back to Posthaven.  The Posthaven platform site has been dead for a while - no updates or even blog posts on what they are doing.  But it does still work, is easy to use, and not too complex.  I will trust the founders of this platform to do what they said they would do, which is provide an easy to use platform, maintained forever.  The founders are young (relatively) and both still active doing other things online and in Silicon Valley - so I remain hopeful that they will keep its promises.

What does that mean for me?

It means that I will be moving what is left of my personal Joomla site at rcjackson.com to here. I will keep rcjackson.com, but will use it as a postcard for other endeavors.  It means that my personal blog should be here for a while - I hope.  I will also seriously think about auto-posting to twitter - may lose some followers, but who really cares anyway.  Life is too short, and one of things I really like about twitter is that it is guilt free - want to follow me, do so; don't, that is ok too.  You can even follow for a while, drop me, then follow back later.
I may also add additional topic based blogs. Why?  Because I can.  Posthaven gives me multiple blogs to create if I want to.
We will see how it goes . . .  See you round here hopefully.
RCJ

I really don't trust Facebook at all with any personal information. I hate how they always change and default your privacy settings to "public" and who knows where all this information is. I have tried to keep my presence there limited. But, I have to admit, it does have some good parts - keeping in touch with family and friends.

Instagram is just Facebook light IMHO, and has lost its original purpose of getting promoting and sharing photography
I enjoy Twitter, as much as I hate to say it. You can interact and discover some amazing people (and not so amazing people too). But it has become so political, and, because it is anonymous, you have a lot of trolls.  My one rule on Twitter and all of social media really, is that I will not tolerate personal attacks. Personal attack = block.  I will also give you one or two passes on vulgarity, but then your gone.  There is just no need for either in constructive discourse. And I do hold out for constructive discourse on these platforms.  You can have it.  I have had many really good conversations with people who disagree strongly with me.  More often, though, people just shut down or start typing obscenities or personal attacks.  Disappointing, but I won't give up . . .for now. </p>

My life would probably be better without social media

But right now it is a close call.  For a while I added social media and the news into my weekly fasting routine. I "try" to fast for 24 hours two days a week. Not as hard as it sounds and I really do like how it makes me feel.  I am doing this for life improvement reasons not religious. My first few times I try it I also included a social media and news fast.  I did not watch or listen to the news or log into social media for 24 hours.  Unlike not eating for 24 hours, this was actually harder than I thought.  And it did make me feel better.

So I will go back to that for a while.  Complete food, news, and social media fast for 24 hours twice a week.  Twice is tough.  Once is much easier.

Will report back here at some point when I feel like it . . .

I have had this blog since 2012 and maintained it (loosely defined) since then.  I started out on Blogger, then moved to Wordpress. Got tired of that and wanted to learn a new CMS, so I switched to Joomla. I like Joomla, but found myself posting less and less.  So I am switching again to the lowest friction blog system I can find, Posthaven.
The plan is to post more and make it as easy as possible. One of the pains in the you know what will be transferring my previous posts to this new blog.  But I think it will be worth it.
So stay tuned. Check back often.  Sit back and enjoy. There will be no rhyme, reason or theme to this.  I will just be posting what I think is interesting or my thoughts.
2016 has been a very difficult year for me and my family.  But we are still here, holding on, and together.  That is all that that you can ask for in this tough world. 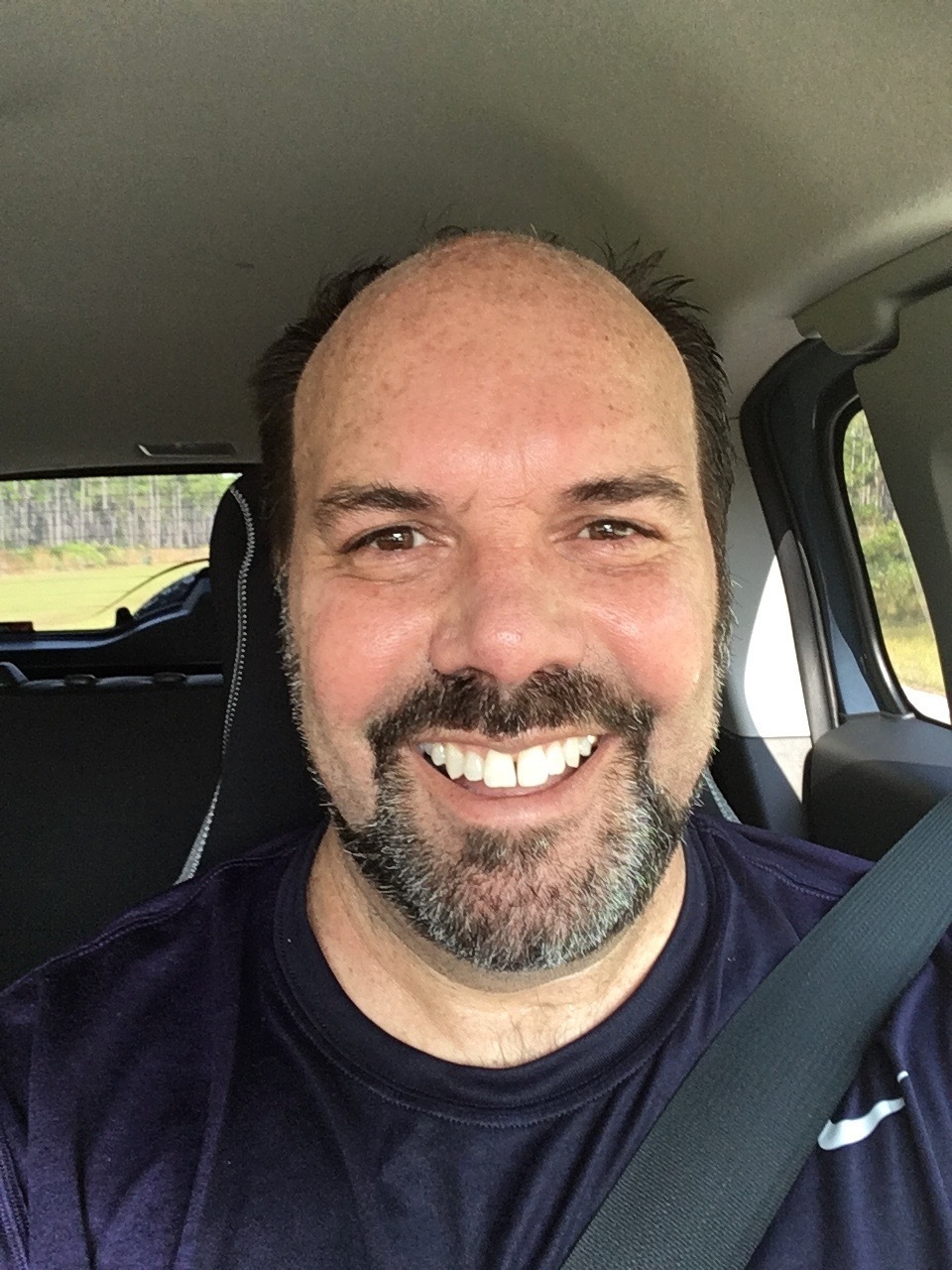 Here I am after a 15 mile training run - super slow - but happy, still running, and still holding on